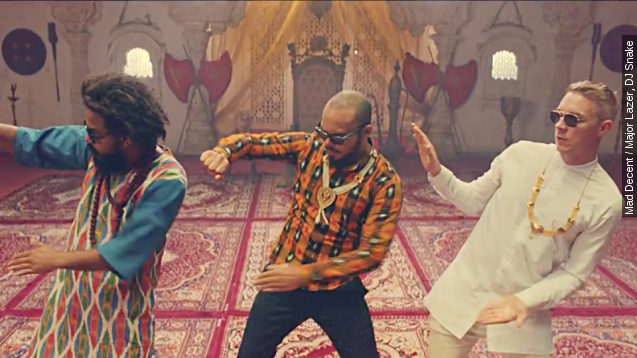 SMS
Spotify's New No. 1 Song Defies The Odds
By Mikah Sargent
By Mikah Sargent
November 12, 2015
"Lean On" by Major Lazer and DJ Snake is Spotify's new No. 1 song, even though it never topped the charts.
SHOW TRANSCRIPT

Fun fact: The most streamed song on Spotify — ever — isn't even a year old. "Lean On" by Major Lazer & DJ Snake has racked up nearly 528 million plays.

Even though songs like The Rolling Stones' "(I Can't Get No) Satisfaction," Aretha Franklin's "Respect" and U2's "One" have been around awhile and are often considered some of the best songs of all time, they just aren't as popular on Spotify.

But that actually shouldn't come as much of a surprise. One Spotify listener put together a handy playlist of Spotify's most played music. The oldest, most played song on the list — Macklemore's "Thrift Shop" — is from December 2013. Clearly Spotify users have a type: recent.

"Lean On" beat out Ed Sheeran's "Thinking Out Loud," which now sits in second place at a little over 527 million plays.

What's arguably most interesting about this record-setting song: The Guardian reports "Lean On" didn't top charts in the U.S. or the U.K. and was even released independently — yet it still took the top Spotify spot.

The takeaway? Spotify listeners must be some mix of indie-loving, pop-enjoying listeners who'd rather hear the latest songs than long-enduring hits. (Video via Spotify)