Spotify Might Be Changing Its Tune On Free New Album Releases 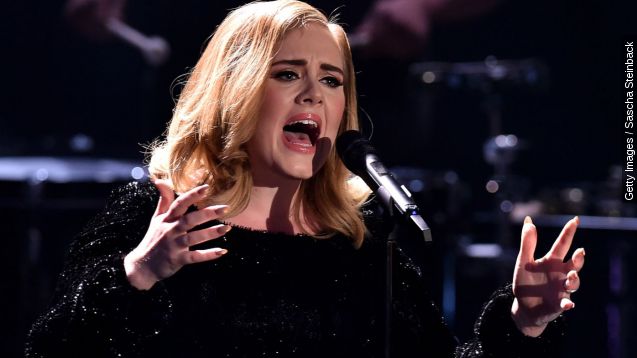 SMS
Spotify Might Be Changing Its Tune On Free New Album Releases
By Kaileen Gaul
By Kaileen Gaul
December 8, 2015
Spotify might let artists choose if their new albums are available for premium users only. Adele's success might have something to do with it.
SHOW TRANSCRIPT

One year after their big break-up, Spotify could finally be heeding Taylor Swift's words. The streaming service might let artists only release their albums to paying subscribers.

Non-premium listeners would have to wait for albums. Think of it like waiting for a new movie to hit your Netflix queue. The move comes amidst more evidence that skipping Spotify altogether equals better record sales for some artists.  (Video via Spotify)

For example you won't find Adele's record-breaking album "25" on Spotify. She did release her single "Hello" on Spotify and it broke its one day streaming record. (Video via XL Recordings)

Staying out of the streaming world could be one reason Adele's newest album seems unstoppable. Currently, she is the only artist to sell at least one million records in two separate weeks.

Her first week she sold 3.38 million copies of "25". By comparison, Justin Bieber's new album, which broke Spotify's all-time one week streaming record, only sold a bit more than half a million in its first week. (Video via Def Jam Recordings)

Quartz reports: "It’s unclear if Adele’s success is evidence of streaming services’ negative impact on music sales. But what is clear is that Spotify is a little rattled."

Taylor Swift, who is famously not on Spotify, sold almost 1.3 million copies of "1989" in its first week. And in July she broke a record for selling five million copies more quickly than any other artist in 10 years.

But Taylor Swift's wildest dreams regarding streaming haven't come true just yet. Spotify hasn't begun testing out their method or figured out which artists will get to block their new music from non-subscribers. (Video via Big Machine Records)