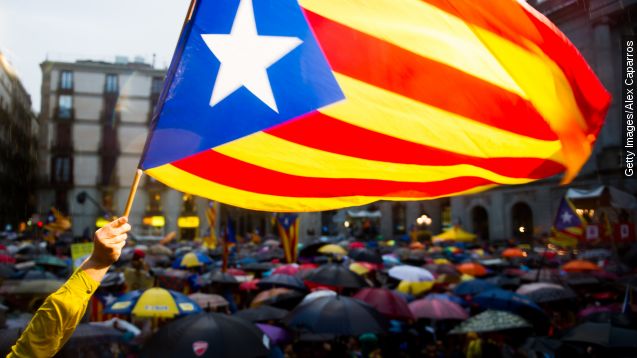 The wealthiest region in Spain wants independence, and it may come soon if separatists win regional elections on Sept. 27. This election could be the break the Catalan independence movement has been waiting forever since the country emerged from dictatorship 40 years ago.

Catalan President Artur Mas, who is also the leader of the separatist movement, signed a decree last month calling for early regional elections that would speed up the chance for independence in the region. But to win independence, the separatists must win a majority in the regional Parliament and then submit their declaration to Madrid. The election is the stepping stone to gaining independence through political means. (Video via Antena 3)

The Prime Minister of Spain, Mariano Rajoy, claims the move for independence would be unconstitutional, while the separatists disagree. (Video via Europa Press)

German Chancellor Angela Merkel and Rajoy addressed the issue in a press conference in Berlin on September 1.

"We all have to respect European treaties guaranteeing sovereignty and the territorial integrity of each state," Merkel said.

Although Merkel supports Rajoy, Catalonia is still able to become a European Union member as an independent nation, but it would need to reapply for EU membership. The same rules would have applied in Scotland's 2014 referendum, if the separatists had been a majority.

In a way, Catalonia has already operated independently from the rest of Spain. The region has its own language, its own parliament and its own identity as a people that have thrived since the death of Francisco Franco in the mid-70s. Breaking away from Spain would have major economic effects, though.

Spain is looking for support from the EU because they'd be the first to suffer if Catalonia became a sovereign state. Seventy percent of Spain's exports go through Catalonia's ports.