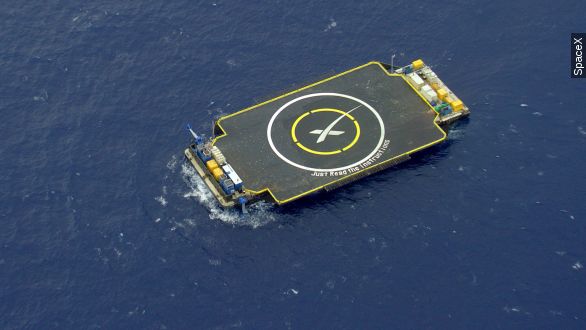 SpaceX's missions to the International Space Station are well on their way to becoming routine, but the company still manages to excite space fans with its attempts to land a rocket. (Video via NASA)

Tuesday's launch is the company's sixth cargo mission to the ISS, but it's also the second time SpaceX has tried to safely land a first-stage Falcon 9 on an unmanned floating platform in the ocean. (Video via NASA)

Sadly, success is still out of reach, as company CEO Elon Musk tweeted the rocket did arrive at the platform but didn't survive the impact.

The company's previous attempts haven't been perfect landings either, but they've provided invaluable data on the path to reusable rockets.

It's a long-standing goal for the company, which has carried out a string of landing tests with its Grasshopper engine. CEO Elon Musk has said many times that reusable rockets could slash the cost of space travel, opening it up to more companies and governments.

SpaceX's next attempt is slated for July, but this time, instead of a floating platform, the company will attempt to land on ... land. The current plan is to return the rocket to a launch pad near the one it used for liftoff.