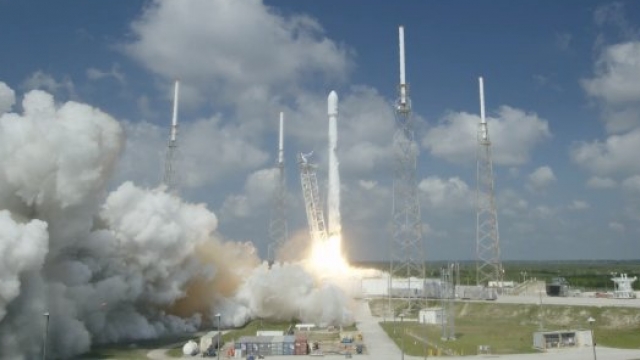 SpaceX's streak of successful rocket landings is broken after one of its Falcon 9 rockets crashed on a drone ship in the ocean.

It did, however, achieve its main mission of launching a pair of communications satellites into orbit.

Video caught the Falcon 9 making it all the way to the drone ship, apparently upright. However, its landing shook the barge so violently it made the camera freeze.

SpaceX CEO Elon Musk tweeted that the ship experienced high gravitational forces on its descent and one of the engines wasn't working at full capacity.

He said it experienced a "rapid unscheduled disassembly" on the ship, which sounds like it basically crashed and broke up into a bunch of pieces.

The full video of the landing is expected to be released once the SpaceX team recovers it. The unmanned pad ship is apparently fine after the rough landing.

SpaceX managed to land a Falcon 9 rocket successfully on its past three attempts and has four successful landings overall.