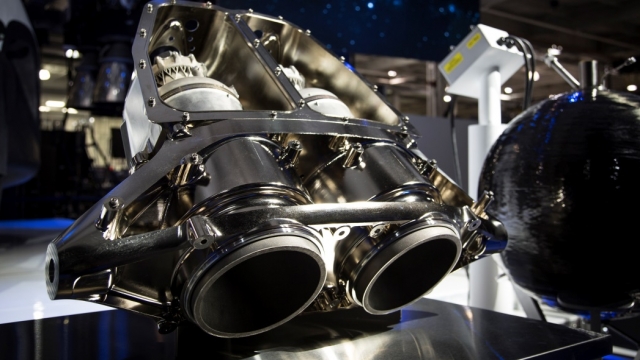 SMS
SpaceX And NASA Have Way Cooler 3-D Printers Than We Do
By Evan Thomas
By Evan Thomas
May 5, 2016
Plastic 3-D printers are fine for desktop use, but when you're making rocket engines, metal printing holds up a lot better.
SHOW TRANSCRIPT

So, 3-D printing has built up a little niche market, but the plastics that come out of a desktop printer are no good for heavy-duty industrial use.

So companies are turning to metal instead of plastics. They get the speed and detail of 3-D printing and none of the waste from carving parts out of blocks of solid metal.

The layer-by-layer process is similar to desktop printers, but these industrial machines use high-energy lasers to fix each layer of metal into place. One General Electric rep described it as "exactly like welding, but on a microscopic scale."

NASA is testing laser-printed metal parts that could one day work their way into rockets for Mars missions.

And SpaceX is building entire engines this way. Its SuperDraco engines for the Dragon capsule come out of a metal printer.

All this advanced tech comes with an advanced price tag, though, and is probably well beyond hobbyist territory. Printers like the one SpaceX uses can run close to a million dollars.