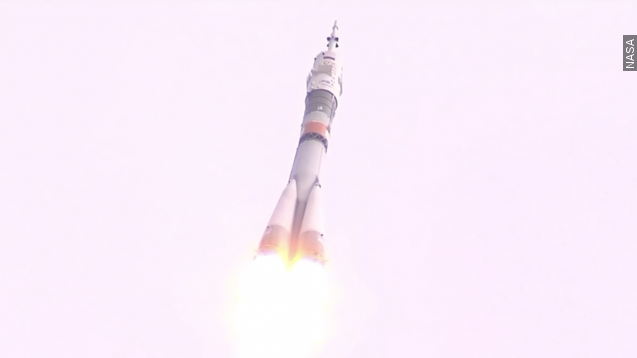 Whiskey is different when it's aged in space.

Ardbeg Distillery in Scotland sent a vial of its whiskey to the International Space Station and let it age there for nearly three years with flakes of oak. It kept an identical one on the ground for comparison. (Video via NASA)

Result: It's not clear that the two samples are much different chemically, but they do taste different. (Video via Ardbeg)

The samples got chromatography tests when they were back on the ground. They were mostly similar. The results showed the earthbound sample extracted more flavors from the oak. (Video via Buck Scientific)

The biggest differences showed up after a rigorous taste test.

"When myself and my team went to nose and taste the samples — organoleptic analysis — I was quite astonished at how different the samples were," said Ardbeg's Dr. Bill Lumsden. (Video via Ardbeg)

In the bottle sent to space, tasters caught hints of smoked fruits, peppermint and cinnamon, but also antiseptic lozenges and rubbery smoke. Mmmmm.

It's not clear if Space Whiskey will catch on, but if it does, don't expect it to come cheap. NASA says it takes $10,000 to move a pound of material to orbit, and the ISS doesn't have much extra room for a distillery anywhere. (Video via NASA)