Space Money: The Politics And Science Of NASA's Budget 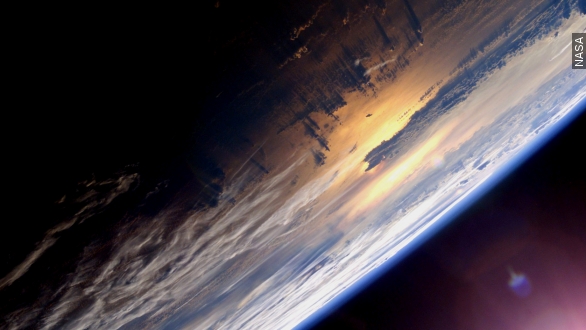 SMS
Space Money: The Politics And Science Of NASA's Budget
By Evan Thomas
By Evan Thomas
May 2, 2015
House Republicans propose refocusing NASA on space exploration, at the expense of its earth sciences budget.
SHOW TRANSCRIPT

Congress’ proposed 2016 NASA budget rebalancing is getting pushback before it even goes to markup, because it puts the majority of the agency’s funds toward space exploration. Wait, what?

The House Science, Space, and Technology Committee submitted a bill last week that would rearrange NASA’s 2016 budget to prioritize space exploration and spaceflight technology over the administration’s other science and research efforts.

The universally Republican-sponsored bill was held up as responsible insurance that America will continue to lead the world in space exploration.

But the boosts to the exploration budget would come at the expense of NASA’s wide-ranging earth sciences program.

NASA’s 2016 budget would dedicate $1.947 billion of its total funds to the official study of earth. The version in Congress would chop that allotment down to $1.45 billion.

NASA would probably feel a 25 percent cut. Yes, it’s a space agency, but it also works to understand our home planet. NASA currently operates a fleet of 20 Earth-facing satellites, which measure and study everything from ocean currents to rainfall to atmospheric carbon dioxide levels.

In a statement this week, NASA Administrator Charles Bolden decried the proposed “gutting” of these programs and warned the budget "threatens to set back generations worth of progress in better understanding our changing climate."

Ah, the magic words. Critics of the bill see this as a partisan political issue, some vehemently so. (Video via NASA)

At Slate’s Bad Astronomy blog, Phil Plait writes: "Republicans in the House and Senate don't want NASA studying Earth, because they think (or say) that global warming isn't real, or isn't a problem, or whatever talking point they’ve been told to use this week."

"The best scientists in the world are all telling us that our activities are changing the climate," President Obama said in his 2015 State of the Union address.  "And if we don’t act forcefully we'll continue to see rising oceans; longer, hotter heat waves; dangerous droughts and floods."

A writer at the Los Angeles Times called the bill "a clear swipe at the study of climate change."

And in an op-ed at The Hill, Texas Democrat Eddie Bernice Johnson wrote, "It’s hard to believe that in order to serve an ideological agenda, the majority is willing to slash the science that helps us have a better understanding of our home planet."

And any politically-driven changes, if that’s what these are, can have significant effects on NASA’s operations. The agency doesn’t really have money just sitting around.

While NASA’s actually set to receive more funding than it did this year, and more than it did in 2014, compared to the overall U.S. budget NASA's share is kind of pocket change.

According to numbers from the Office of Management and Budget, total U.S. outlays for 2016 are estimated at $3.99 trillion. NASA's request would earmark $18.529 billion, or 0.46 percent of the total. (Video via NASA)

Here’s a silly metaphorical example: If you represent the budget in pounds of thrust instead of dollars, and make 2016 U.S. spending a Saturn V rocket coming off the pad at full boost, NASA’s proportional share is approximately one of the two engines on a Lockheed Martin F22 fighter.

Not a lot, in other words. You can see how where it goes within NASA is a hot issue. A full House vote on the budget proposal is expected later this month.

This video includes images from NASA and the U.S. Air Force. Music by Planet Boelex & Mosaik / CC BY NC ND 3.0.