'Space Archaeology' Helped Find What May Be A Buried Viking Outpost 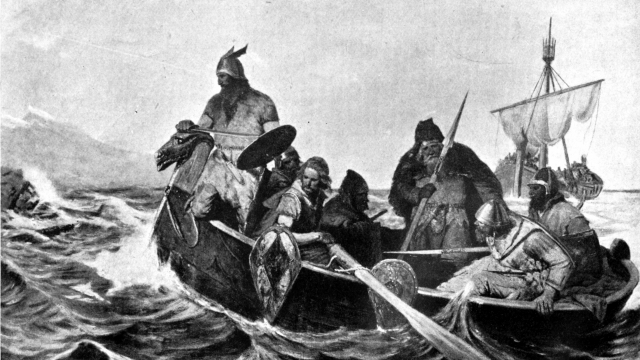 SMS
'Space Archaeology' Helped Find What May Be A Buried Viking Outpost
By Ben Lawson
By Ben Lawson
April 1, 2016
Satellite images may have led scientists to the second known Viking settlement in North America.
SHOW TRANSCRIPT

Archaeologists think they have discovered the second-known Viking settlement in North America.

Using satellite images, scientists identified changes in the landscape that suggested there might be something beneath the surface.

The only other known Viking settlement in North America is in Newfoundland, Canada. This one at Point Rosee is on the southern coast, about 300 miles from the first site.

Archaeologists discovered a fire-cracked stone and pieces of cooked iron at the new site, though they still need to do further research to confirm this is a Viking settlement.

Still, the find is promising. There's only one other known iron processing site in North America that existed before Europeans arrived on the continent — the one from the first Viking site discovered on the island.

This video includes images from Oscar Arnold Wergeland, Library of Congress and Torbenbrinker / CC BY SA 3.0.