Southwestern US Is Headed For A Megadrought. Yeah, That's A Thing 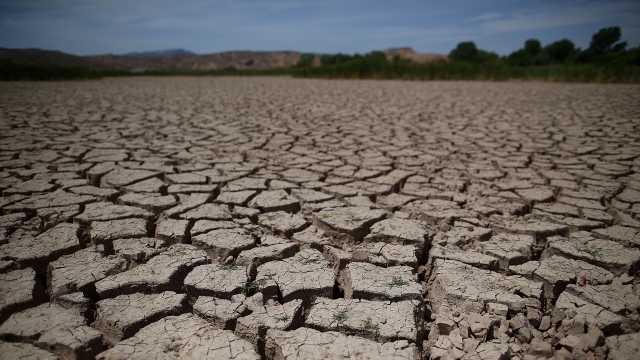 You know that drought California has been in for six years? Well, it could be just a taste of what's to come.

A new study found the Southwestern U.S. has up to a 99 percent chance of experiencing a megadrought by the end of the century.

To put that in perspective, southwestern states likely will see conditions similar to the 1930s Dust Bowl — but for an even longer period of time. And it's largely because of greenhouse gas emissions.

Of course, that doesn't really come as a surprise. We know greenhouse gas emissions aren't great for the ozone, and levels haven't exactly been falling.

And researchers say even if the U.S. saw an unexpected and substantial increase in precipitation, it wouldn't make much of a difference for current predictions.

SEE MORE: It's Not Just You — August Really Was Hotter Than Ever

The team says the chance of a megadrought could be cut in half if emissions are dramatically decreased — but the scale of cuts needed likely won't happen.

The cuts would need to be even more dramatic than those settled on in the Paris Agreement last year.

The Guardian quoted one expert saying, "It’s not too late to do this, but the train is leaving the station as we speak."