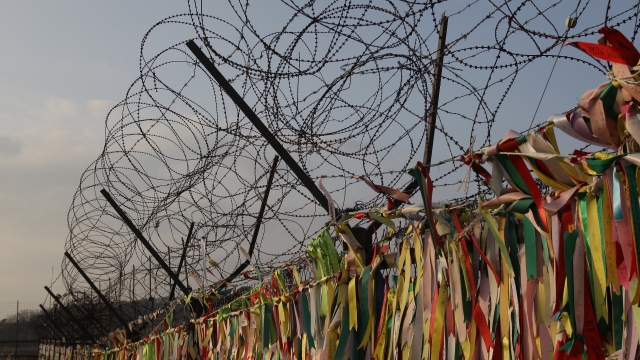 SMS
South Korea's Response To A Threat From The North Wouldn't Be Pretty
By Melissa Prax
By Melissa Prax
September 11, 2016
A South Korean military source said the country would attack North Korea in the case of a nuclear threat.
SHOW TRANSCRIPT

If you're worried about North Korea's access to nuclear weapons — like much of the international community — its southern neighbor says you shouldn't be.

An unnamed source from South Korea's military said North Korea's capital Pyongyang would be "reduced to ashes and removed from the map" if an upcoming nuclear attack was suspected.

The outlet that published the quote, state-run Yonhap News Agency, is heavily connected to the South Korean government.

The statement comes after North Korea performed another nuclear test last Friday. The country says it was the fifth test it's conducted.

By doing tests, North Korea is breaking United Nations resolutions and runs the risk of getting slapped with more U.N. sanctions.

Although, North Korea has already responded by saying the thought of receiving another sanction is "laughable."

The relationship between North and South Korea is unsurprisingly tense, and this latest report indicates the South is fed up. The country is already in talks with the U.S. to install a missile-defense system, and the military source told Yonhap it would use ballistic missiles against North Korea if necessary.