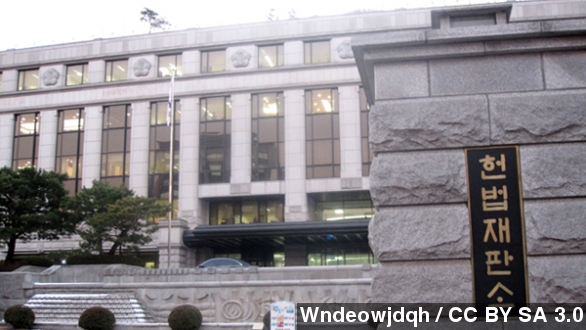 In most countries, cheating will probably only get you in trouble with your significant other — not the law. But in South Korea, adultery was a criminal offense.

That is, until now. On Thursday, South Korea's Constitutional Court lifted a 60-year ban on adultery.

And in what we're sure is a complete coincidence, shares in makers of condoms and morning-after pills are booming in the country following the decision.

The law was adopted back in 1953, to protect women from philandering husbands. Since then, it has been challenged four times before the court — but each time the court said the law was constitutional.

Back in 2008, though, the law came pretty close to being struck down. That year, a famous Korean actress challenged the law after her husband charged her with adultery.

This time around, a majority of the justices voted against the law, saying " "

With the ban lifted, Koreans can now legally cheat on their spouses. And now people who have been charged with adultery — like that actress — can seek a retrial.

This video includes an image from Wndeowjdqh / CC BY SA 3.0 and music from Skill Borrower / CC BY NonCommercial Sampling Plus 1.0.