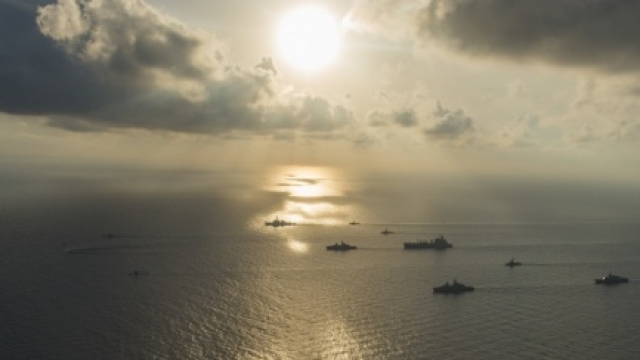 The U.S. is warning China about its behavior in the South China Sea again, but China says it's not doing anything wrong.

But China said those actions — like military construction on islands and reefs in the South China Sea — are legal.

Ownership of the islands is largely disputed between China and other countries in the Asian-Pacific region, but China says it has a historical map that proves it owns the area.

The Philippines has filed a lawsuit against China with the United Nations over the islands. No matter the ruling, China probably won't follow along.

The U.S. has been trying to monitor and prevent China's increasing attempts at expanding control, especially in recent years.

Recently, both countries have said they want to work together. But that desire comes with some caveats.

China said the U.S. should stop selling weapons to Taiwan and stop bringing its Navy ships into the region.

This video includes clips from U.S. Navy, CCTV and International Institute for Strategic Studies and images from Getty Images.