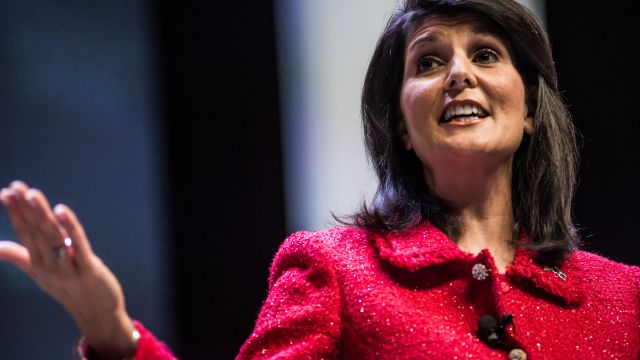 SMS
South Carolina Governor Signs 20-Week Limit On Abortions Into Law
By Matt Picht
By Matt Picht
May 25, 2016
The new law says abortions can only be performed after 20 weeks to save the life of the woman or if the fetus won't survive outside of the womb.
SHOW TRANSCRIPT

South Carolina Gov. Nikki Haley has signed a proposal banning nearly all abortions in the state that take place 20 weeks after conception.

The measure, which passed the state's legislature last week, allows doctors to perform abortions after 20 weeks only if the life of the mother or the viability of the fetus is in jeopardy. All other 20-week abortions, including for victims of rape or incest, are now illegal in the state.

Most states have set limits on abortions performed after 24 weeks or the third trimester; that's generally when the fetus is considered viable. But South Carolina joins a growing number of states that have pushed those limits back several weeks.

That's based on the notion fetuses are able to experience pain after 20 weeks of development; the South Carolina law says the state has a compelling interest in protecting pain-capable children.

But the question of when fetuses can feel pain is a murky one; opponents of these measures point to research that shows fetuses haven't developed key nervous system and brain structures at 20 weeks. Opponents of that research say those structures aren't necessary to perceive pain.

This video includes images from Getty Images and clips from MSNBC and Planned Parenthood.