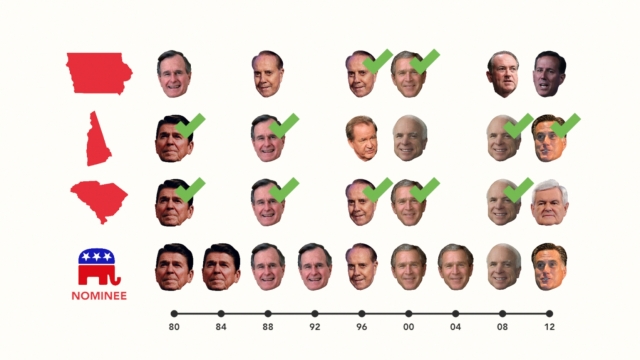 If you're wondering who the eventual Republican nominee will be, whomever South Carolina picks might be your best guess.

The state has one of the best records for predicting the party's eventual presidential nominee through its primary.

Out of the early primary states, South Carolina has had the best record since 1980. The state was wrong only once — with Newt Gingrich in 2012. Iowa has the worst record.

This year, Donald Trump has consistently led in the state's polls. He's only come in second in one poll out of South Carolina since July.

South Carolina sends 50 delegates to the Republican Convention. There are 2,472 delegates total, and a candidate needs a majority of them to win the nomination.