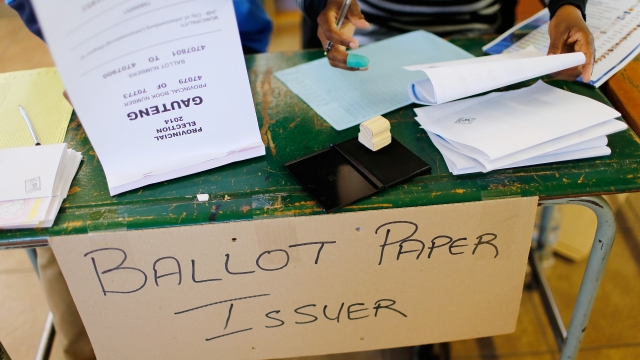 South Africa's political landscape is currently experiencing some major changes. The African National Congress — the party of Nelson Mandela — just had its worst election since 1994.

After years of a struggling economy, rising unemployment and scandals starring ANC member and President Jacob Zuma, the party that ended apartheid has seen a major decline in support. That decline has aided the rise of more radical groups like the Democratic Alliance and the Economic Freedom Fighters.

Up to this point, the ANC has basically been counting on historic support from blacks all over South Africa to win elections, but that support continues to disappear.

The ANC losing ground, especially in areas with large black populations like Nelson Mandela Bay, is a big deal. But what will be most interesting is how the diversification of political power will continue moving forward.

The uprise of fringe groups and anger at the establishment is a phenomenon happening worldwide. The populist-fueled rises of Bernie Sanders and Donald Trump here in the states and the Brexit vote in the U.K. are similar examples of how the rebellion against the global economy is growing.

And we'll be able to tell how serious the South African surge is in a few years. The next general election is in 2019, when Zuma will be leaving office anyway because of term limits.