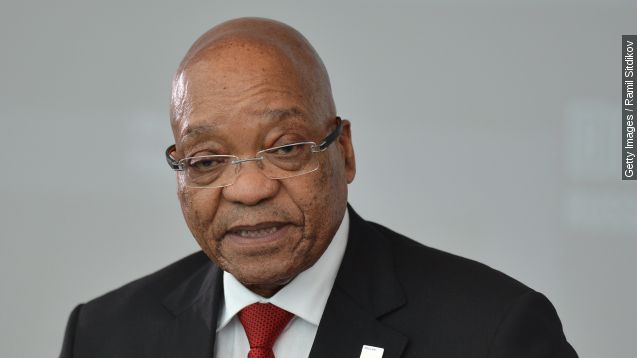 "On the matter at hand, we agreed that there would be a zero increase of university fees in 2016," South African President Jacob Zuma told reporters.

The move caps days of massive, sometimes violent demonstrations across South Africa. University students marching under the "Fees Must Fall" slogan spoke out against planned fee hikes of 10 to 12 percent.

Over the past week, protesters have barricaded campuses and government buildings, forcing some schools to close their doors. Police have responded with smoke grenades and water cannons.

School authorities say they need to raise fees in order to make up for a loss in government subsidies. But the price hike would have put higher education further out of reach for poor families, most of whom are black. (Video via ENCA)

In his announcement, Zuma also mentioned he would set up a task team to address the structural issues behind high tuition.