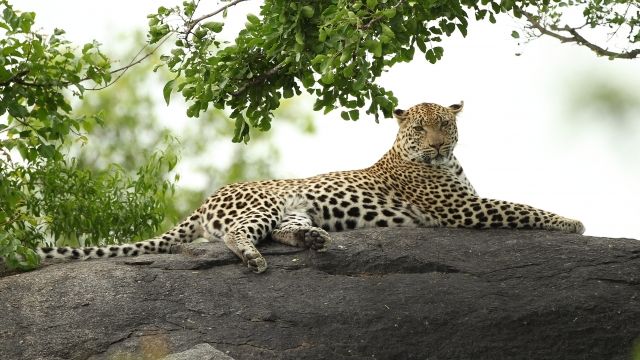 They say a leopard can’t change its spots. But if you happen to spot a leopard in South Africa this year, you won’t be allowed to hunt it.

South Africa’s Department of Environmental Affairs told regional authorities not to allow any leopard hunts for the duration of 2016.

It’s not that the leopard population is down necessarily, although, the African Wildlife Foundation says they're near threatened. It’s just so difficult to track the big cats that researchers can’t provide a solid estimate on their population.

So the government is halting the hunts so scientists can determine if hunting the animals would be harmful. But the hunting hiatus could have a negative economic impact.

South Africa gets an estimated $375 million per year from wealthy big-game hunters who come to hunt leopards, elephants, lions, rhinos and buffalo.

But mismanagement of the trophy hunting system and illegal poachers have posed a huge threat to the country's leopard population.

Animal advocates are praising the hunting ban, saying it’s crucial to preserving the leopard population. The ban will be up for review at the end of the year.