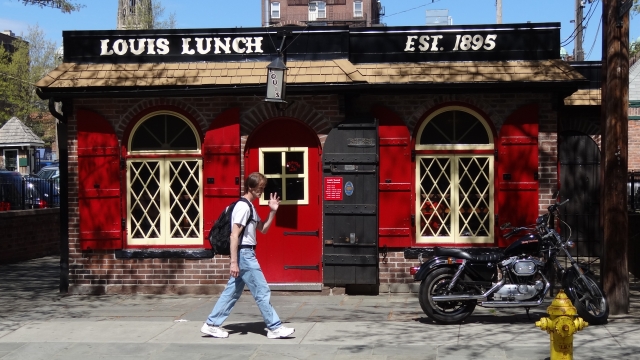 There are few things more American than the hamburger.

If you try to look up its history, it's hard to narrow down where it actually came from.

Most seem to credit the German-speaking immigrants who brought along a dish called the Hamburg steak with them to the U.S during the mid 1800s.

But the Library of Congress has a different idea about where this tasty food originated.

It gives the honor to Louis' Lunch in New Haven, Connecticut, which opened its doors in 1895.

According to the restaurant's website, the hamburger was born in 1900 after a customer asked the owner for something "he could eat on the run." The owner then quickly cooked a piece of ground steak and slapped it between two slices of bread.

Louis' Lunch still serves its hamburgers this way today, but customers can add a slice of cheese, onions or tomato.

But a writer for Atlas Obscura says: "They don't have condiments, so don't ask. They invented the hamburger, they don't have to be nice about it."