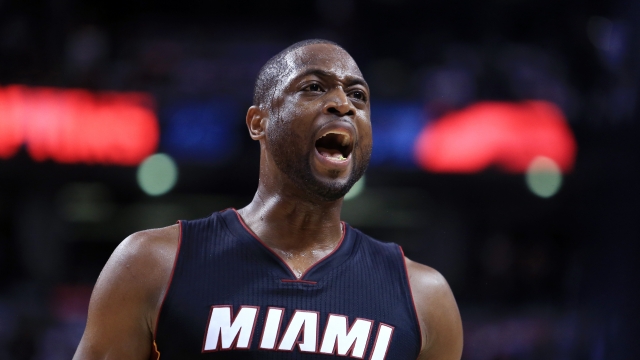 Dwyane Wade won't be creating a second NBA evil empire with LeBron James in Cleveland after all.

The 34-year-old shooting guard is reportedly leaving the Miami Heat and joining the Chicago Bulls on a two-year, $47 million deal.

In a letter to Heat fans, Wade said: "This has been an extremely emotional and tough decision to come to. ... From the bottom of my heart, I want to thank the Miami community and especially #HEATNATION for all of their love and support over the years."

The news was a bit of a surprise, and a slight disappointment, too.

Many fans clamored for Wade to join his old buddy James with the Cavaliers after Kevin Durant decided to join the already stacked Golden State Warriors.

Wade and James played together in Miami from 2010 to 2014, winning two NBA Championships in that four-year span.

The Wade-to-Cleveland plot thickened after the Cavs' Twitter account followed both Wade and his wife, actress Gabrielle Union.

Instead, Wade will go to a team that's in flux. The team traded Derrick Rose to the New York Knicks in exchange for Robin Lopez and two other players.

Shortly thereafter, they lost Joakim Noah to the Knicks, too, via free agency.

Still, they've got Jimmy Butler at the helm and prized rookie Denzel Valentine, so it's not all bad news.