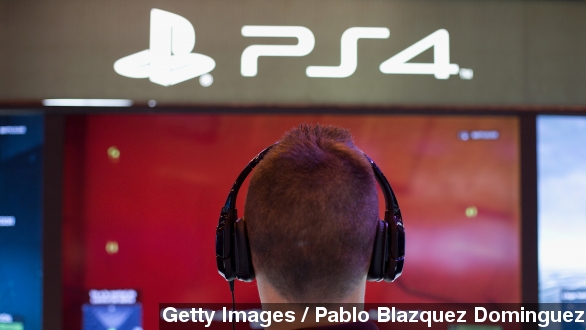 SMS
Sony's PS4 Breaks Into Chinese Gaming Market
By Kate Grumke
By Kate Grumke
March 20, 2015
For the first time, gamers in China can finally buy the PS4 — but the cost could be too steep.
SHOW TRANSCRIPT

But for now, only six games are available in China. PS4-maker Sony says its going to expand those options soon.

Part of the holdup is censorship. China bans violent and mature content, so popular PS4 games like "Grand Theft Auto V" won't be coming to the country any time soon.

And for the games that aren't censored, it will still take a while to translate them into Chinese languages and get them approved by authorities.

But until then, China's black market has long been the place to get banned games. That's how gamers got their hands on consoles before the ban was lifted.

Microsoft was the first to break into the new market in September with its Xbox One. Microsoft also only offered a handful of games in the beginning.

And when the Xbox first came to China, it was originally priced at about $600. After sales were weaker than hoped for, the company dropped the price.

The PS4 is reportedly selling for around $450, which is still steep for a country that has been used to cheap or free computer and mobile games for the past 14 years.

"My current projection is that it's unlikely to sell, both combined Xbox One and PS4, I doubt are going to sell much over a million units this year in China," Lewis Ward said to CNBC.

Nintendo has a solution for that. The Japanese game company still hasn't started selling consoles in China, but it said last year it is working on a new console for emerging markets like India and China. That console would reportedly be more affordable.

This new market represents a huge opportunity for all three gaming companies — according to GameSpot China has more gamers than the entire population of the U.S.