Sony's Angry Letter, And How The Press Treats Stolen Data 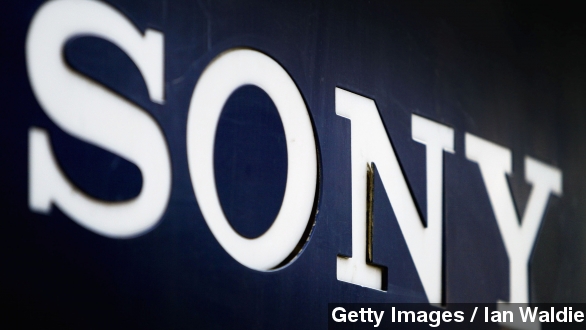 SMS
Sony's Angry Letter, And How The Press Treats Stolen Data
By Matt Picht
By Matt Picht
December 14, 2014
Sony lawyers have sent a letter demanding media outlets destroy any data stolen during the recent hack. Does the company have a point?
SHOW TRANSCRIPT

It's been more than two weeks since a massive data breach scattered all of Sony Picture's secrets to the wind, and the leak is still generating headlines as journalists pour over the documents.

Now, Sony's lawyers are trying to squelch that reporting before the company gets any more bad press.

News outlets including The Hollywood Reporter and The New York Times received a letter from Sony warning the studio "does not consent to your possession, review, copying, dissemination, publication ... or making any use" of the leaked documents. The letter says media organizations must destroy any stolen info or face legal consequences.

Obviously, the media isn't happy, describing the letter as demanding, threatening and menacing.

But threatening or not, Sony's letter does raise a good point: by publishing leaked information, is the media making itself complicit in the hackers' criminal actions?

The stolen documents have led to many stories, ranging from secretive anti-piracy conspiracies to gossipy tidbits about producers and movie stars. We've published several of those stories over the past few weeks.

But a National Review writer notes these reports are based on "stolen property," and slams the media for lacking discretion. The hack supposedly shows "how situational and juvenile their standards really are. ... Throw in a movie star and suddenly they're all Perez Hilton."

Variety's editor-in-chief attributes the publishing frenzy to schadenfreude. "In an industry where public relations attempts to control the flow of information with a very heavy hand, there’s something very liberating about watching that hand get blown to smithereens. ... But that doesn’t make exploiting that destruction right."

Other outlets drew comparisons to the nude photo hack of this year, when thousands of naked pictures of famous celebrities leaked online. Back then, the message was clear — don't pass the stolen files on. (Video via CBS / "The Late Show With David Letterman")

But the media was equally clear that they had a right and a civic duty to publish information leaked by Edward Snowden about the National Security Agency.

So the question becomes, where's the line? Should the fact that this hack appears to have been orchestrated by North Korean sympathizers angry about an upcoming movie, rather than a whistleblower, affect the media's coverage?

MSNBC's Chris Hayes noted, "It really seems like you have a crime that's been committed with the express intent of damaging the reputation of Sony. ... It is giving the criminals what they wanted, isn't it?"

Of course, there are justifications for publishing: plenty of the stories, such as the MPAA's alleged smear campaign against Google, or racial and gender disparities within the entertainment industry, have enough merit for most outlets to run stories about them with a clear conscience.

And a Buzzfeed writer notes journalists won't stop the leaks by not publishing the information. "If they don't parse it, others without experience, credentials, or mindfulness toward protecting personal information certainly will."

The same Sony hackers are supposedly planning a "Christmas gift" information dump of more stolen data. It's up to the media to decide how much of this new information to spread.