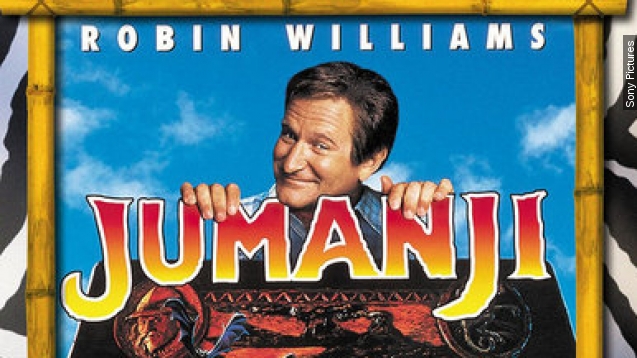 Remember the film "Jumanji" from your childhood? Of course you do. And of course you remember Van Pelt hunting Alan Parrish. (Video via TriStar Pictures / "Jumanji")

"You're playing the game I started in 1969. I'm going to have to play," Robin William's character says.

So it will definitely excite you to hear that come Christmas Day 2016, you will be able to re-live those memories with a re-imagined version of the story.

We have so many questions for Sony – but the most pressing – who's going to replace the late Robin Williams? Those are some big shoes to fill, and at this point, it's anyone's game. (Video via TriStar Pictures / "Jumanji")

Also on our minds: Will Kirsten Dunst make a cameo? (Video via TriStar Pictures / "Jumanji")

The outcome of this remake is dicey. It could positively overshadow the original – like how the "Ocean's Eleven" 2001 remake made many forget about the 1960 movie starring the Rat Pack. Or, it could majorly flop, like the 2011 "Conan the Barbarian" remake, which only grossed $21 million domestically. (Video via TriStar Pictures / "Jumanji")

The original "Jumanji" did well in theaters, grossing over $100 million domestically. With the vastly advanced CGI capabilities and production tools compared to what was available in 1995, a new "Jumanji" could crush the box office. (Video via TriStar Pictures / "Jumanji")

If anything, nostalgia, curiosity and childhood memories will drive those box office numbers when the remake lands next year.