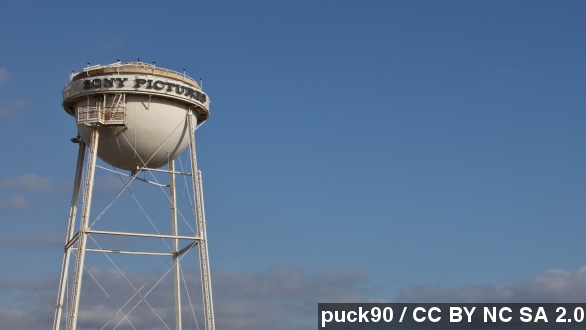 Sony is apparently fighting back against anyone looking for content leaked in last month's hacking.

Re/code cites two insiders who say Sony is executing a denial-of-service attack against those trying to download leaked content — by disguising false files as its own pirated films.

The idea is to disrupt a pirate's Internet connection, in this case by slowing it down. Gizmodo explains, "The attacks sap the bandwidth available for the real files to be transferred over, making the process infuriatingly—perhaps impossibly—slow."

It's not a permanent solution, but one intended to frustrate users into abandoning the illicit method and simply going to see "Fury" or any of Sony's other leaked movies in theaters instead.

The practice is apparently common among media industries, and Sony is known to have used it before to combat piracy.

Now, there's nothing explicitly illegal about providing a fake download as bait for pirates, especially if it's basically a gigantic empty box.

But there's also this bit: Re/code's story says Sony is using Amazon's cloud computing infrastructure to do its denying of service. If that's the case, it's a direct violation of Amazon's own terms of service.

Amazon has yet to comment on that possibility. In the meantime, investigators are still getting an idea of just how serious Sony's breach was.

CNET quotes one FBI cyberdivision official who said the hack "[would have been] likely to challenge even state government."

Security firm Mandiant called the leak "unprecedented." The Hollywood Reporter obtained a Sony memo that says the FBI is set to brief Sony staff on the investigation.

Investigators are still looking into North Korea as a likely culprit, but so far the country has officially denied any involvement in Sony's hack. (Video via NBC)