Sony Hackers Demand 'Movie Of Terrorism' Be Pulled, Or Else 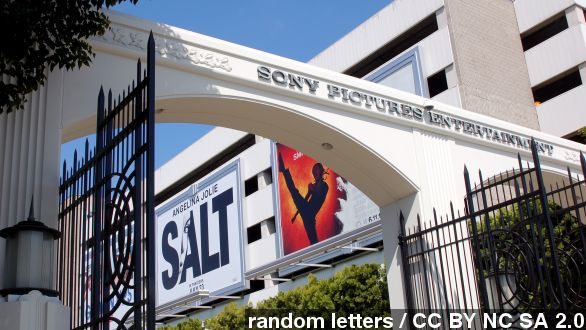 SMS
Sony Hackers Demand 'Movie Of Terrorism' Be Pulled, Or Else
By Jake Godin
By Jake Godin
December 9, 2014
The hacking saga of Sony Entertainment Pictures continued Monday as the group claiming to be behind the hack released yet another document dump.
SHOW TRANSCRIPT

The group behind the Sony Pictures Entertainment hack has seemingly demanded the company pull what should be a big hit this holiday season: "The Interview."

This newest threat comes in the form of a poorly translated English email posted online Monday. In it, the group calling itself GOP, or "Guardians of Peace," demands Sony "Stop immediately showing the movie of terrorism" or else.

The "movie of terrorism" is believed to be Sony's upcoming James Franco-Seth Rogen comedy, "The Interview." Here's a preview of the film:

"You want us to kill the leader of North Korea?"

North Korea has, of course, been outspoken about its issues with the film's premise, calling it an "act of war" in June.

Also provided in this latest email, according to Fusion, are large swaths of corporate data including everything from scripts for unreleased films to "publicity bibles," or detailed contact information for celebrities such as Tom Hanks and Brad Pitt. (Video via ABC / "Jimmy Kimmel Live!")

Earlier leaks included full downloads of recently released movies such as "Fury" and large amounts of data detailing financial records for the studio and Social Security numbers for both employees and some celebrities. (Video via Columbia Pictures / "Fury")

As if the attack weren’t weird enough, this latest email claims the group had nothing to do with a company-wide email sent earlier last week that threatened employees and their families.

While there’s no information on who exactly GOP is, North Korea is reportedly being looked at, although the county's government has denied involvement. With the earlier attacks not mentioning “The Interview” specifically — some were unsure.

But with this latest email making what appears to be a direct reference to the film, it seems more likely that North Korea may have something to do with the attack.

And while North Korea recently denied any connection, the country's state-run media applauded the attack on Sunday, calling it a “righteous deed”. (YouTube / stimmekoreas)

Sony Pictures has yet to comment on this latest leak, but is working with the FBI to investigate the hack.