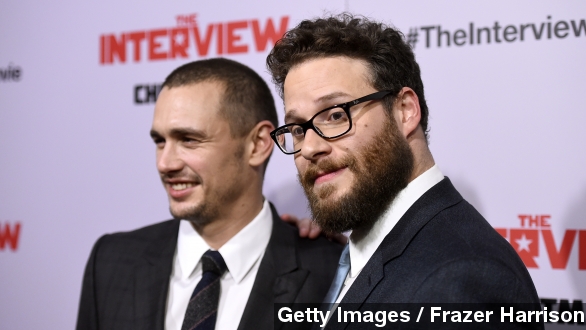 Sony Pictures has canceled the Christmas release of "The Interview." And now several reports say North Korea's government is indeed behind the hack that led to all this. (Video via KCNA / ODN)

CNN, NBC and others all report the Obama administration has traced the source of the hack to North Korea, but there's some uncertainty at the White House on how to handle this.

The New York Times says some U.S. officials, "argue that the government of Mr. Kim must be directly confronted," but are cautious about escalating the crisis.

Sony's decision to delay the film came Wednesday after major chains like Regal Cinemas, AMC Entertainment and Cineplex decided to pull the movie in light of a terrorist threat from the hacker group Guardians of Peace.

Variety reported Wednesday that, according to an insider, Sony was considering a video-on-demand release. No official word from Sony on that yet.

According to ABC and other outlets, the Department of Homeland Security said there is "no credible intelligence" of an active plot against movie theaters in the U.S., but it seems the studio could not ignore the threat.