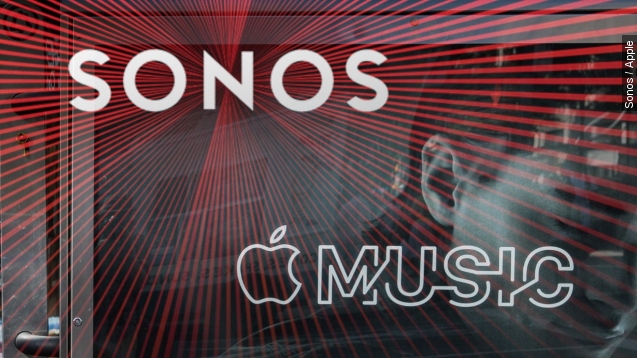 Sonos, the smart-speaker company helping audiophiles flood their homes with streamed music, has announced a new partnership with Apple.

The beta service will allow Sonos users to access Apple Music features For You, New, Radio and My Music through the Sonos app.

The long-awaited partnership is the first time Apple has linked up with an outside hardware company for Apple Music. The two companies had reportedly been working on the partnership since Apple Music's launch in June.

Sonos already allows users to stream music through other services, like Spotify and Tidal. Sonos co-founder and CEO John MacFarlane told Buzzfeed more than 90 percent of music Sonos customers are listening to is streamed. (Video via Sonos)

With the Apple Music pickup, Sonos is also saying goodbye to the Apple-owned Beats Music, which was shut down at the end of last month.

Apple Music on Sonos will be available in beta Dec. 15.