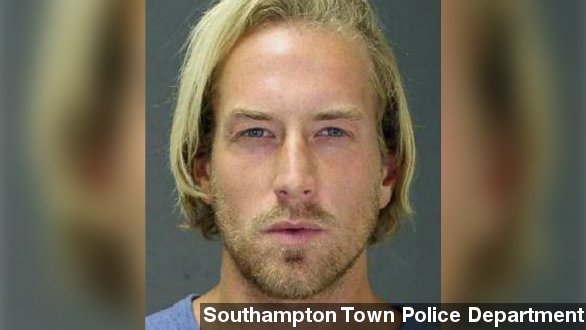 The son of a millionaire hedge fund manager in Manhattan was arrested Monday and charged with murdering his father — allegedly, over a dispute about his allowance.

Thirty-year-old Thomas Gilbert Jr. is accused of shooting his father, Thomas Gilbert Sr., in the head during an argument Sunday night. Police took Gilbert Jr. into custody at his apartment and later charged him with homicide and criminal possession of a weapon.

The New York Post and the New York Daily News both cite anonymous police sources who say the dispute was over a cut in the son's weekly allowance — though, the outlets differ about the exact dollar amount.

The crime scene was discovered by Gilbert Sr.'s wife. The NYPD's Robert Boyce told reporters Shelly Gilbert had left the apartment at her son's request prior to the killing and returned to what police believe was a staged effort to make her husband's death look like a suicide.

"She found Sr. on the floor with a bullet hole in his head. She also found a gun resting on his chest, with his left hand covering it. ... The gun, laying where it was, didn't seem as a self-inflicted wound," Boyce said.

Gilbert Sr. founded the Wainscott Capital Partners Fund in 2011 after leaving a biotech private-equity firm that he cofounded. According to a Bloomberg source, the hedge fund owns about $7.3 million in assets.