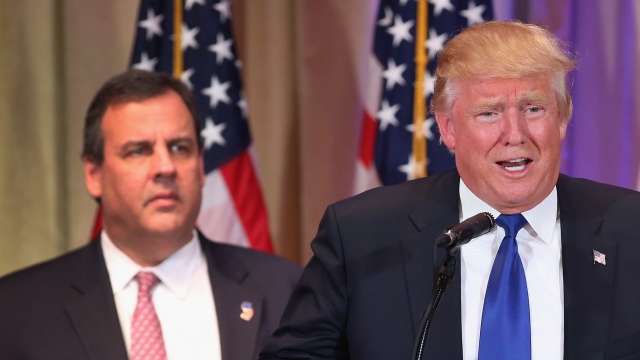 This is Donald Trump at a press conference after his big win on Super Tuesday.

And then there was Chris Christie. He was just kinda standing there.

It was a little awkward.

"I am proud to be here to endorse Donald Trump for president," Christie said at a press conference in February.

Christie endorsed Trump in February after dropping out of the presidential race.

Now at least he gets to share some of The Donald's limelight.

This video includes video from C-SPAN and Fox News and music from Bensound / CC BY ND 3.0.