Some Well-Known GOP Members Are Skipping The National Convention 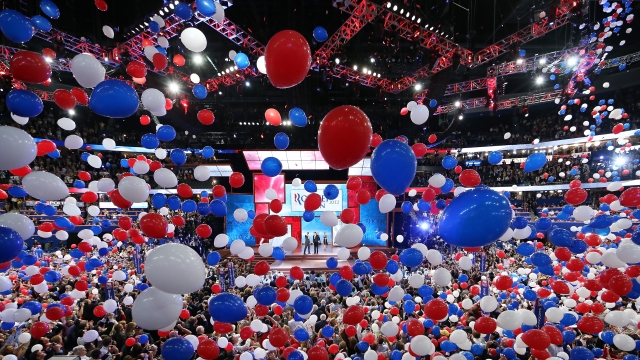 Donald Trump's campaign and the Republican National Committee are having trouble finding speakers for the party's July convention — at least according to Politico.

The outlet reached out to more than 50 Republican governors and members of Congress, and few want to speak at the convention next month. Some well-known Republicans aren't even planning on going.

Former nominees Mitt Romney and Sen. John McCain have said they wouldn't go to the convention, as did both former Presidents Bush. Sen. Kelly Ayotte, Sen. Lindsey Graham and up-and-comer Sen. Ben Sasse told Politico they won't be going, either.

Those who said they weren't planning to speak included South Carolina Gov. Nikki Haley and Senate Majority Whip John Cornyn. Sen. Marco Rubio said earlier this month if he speaks at the convention, it won't be for Trump.

He's appeared on the campaign trail with Trump and will lead Trump's White House transition team if Trump wins the election.

Meanwhile, NBC reports the so-called "Dump Trump" movement will be opening a "command center" in Cleveland soon and is reportedly gearing up for a convention fight.

In a tweet Sunday afternoon, Trump called the poll "dirty" and "a disgrace."