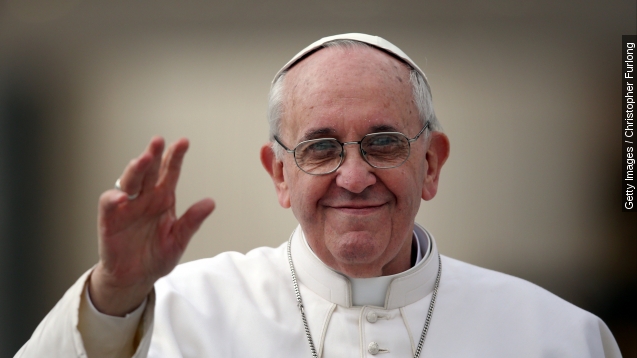 SMS
Some Want Big Money For Their Free Tickets To See The Pope
By Katherine Biek
By Katherine Biek
September 18, 2015
Tickets to see Pope Francis when he comes to the U.S. were handed out for free, but some ticket receivers are now scalping them on Craigslist.
SHOW TRANSCRIPT

With Pope Francis making his first visit to the U.S. Sept. 22, people have been clamoring for months to get tickets to see the head of the Catholic Church.

But with the pope only in the country for six days, there are a limited number of tickets. They are mostly being doled out in a lottery system by church officials in Washington, D.C., New York City and Philadelphia.

Some who were lucky enough to receive these free tickets, are now turning around and selling them for a high price on sites like Craigslist.

One person is asking for $700 for two tickets to witness the pope's procession in Central Park.

Another is asking for $2,000 for four tickets to see Pope Francis speak at Independence Hall in Philadelphia.

On the other hand, eBay is currently removing any tickets for events to see the pope available on its site, saying it goes against its policy.

U.S. Sen. Chuck Schumer is asking other marketplace sellers to follow in eBay's footsteps, saying in a statement, "To think that any winner who received one of the lottery tickets to see the Pope would seek to make a fast buck off of the opportunity is really gut wrenching." (Video via YouTube / SenatorSchumer)

Both New York City Mayor Bill de Blasio and the Archbishop of New York, Cardinal Timothy Dolan, have also expressed disappointment over the scalping of tickets.

Not everyone on these marketplace sites wants money for their tickets to see Pope Francis, though.

Others are offering their free tickets up on Craigslist to the person who gives a good reason for why they'd like to attend the event.