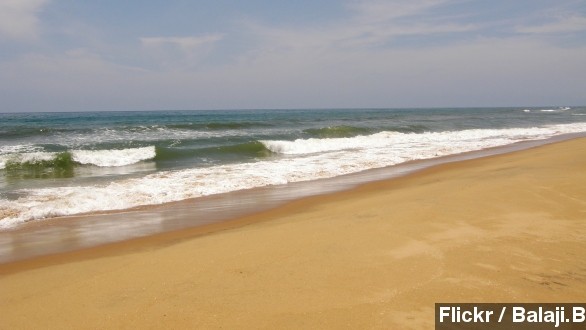 ​That SPF 20 sunblock you’ve been slathering on yourself since the start of this warm season might not actually be protecting you as much as it claims.

"In its test of 20 sunscreens, Consumer Reports says it found only two provided the SPF promised on that label."

"That means that you may burn more quickly than you think you would." (Via ABC)

"We can't say why our test results differed from the manufacturers, but 18 out of the 20 sunscreens we tested did not provide the SPF protection promised on their packages after they were exposed to water." (Via Consumer Reports)

The Food and Drug Administration regulates sunscreen but leaves testing up to the manufacturers.

And some brands on the worst offenders list? WRC-TV called out the two sunscreens that performed the worst. These brands' SPFs were below 15, although they claimed numbers at least twice that high: Beyond Coastal Natural and Banana Boat Kids. (Via Flickr / Balaji.B)

The two brands that shined were Coppertone Water Babies SPF 50 and Equate Ultra Protection SPF 50, which is a Walmart brand. (Via Coppertone and Wal-Mart)

However, the new report wasn't only about SPF. Consumer Reports also set out to debunk common sunscreen myths, including that kids need a special formula. They actually don't, and the entire family can use the same brand. (Via YouTube / Shelby Barone)

"An SPF of 70 isn't double the protection of an SPF of 35. There's been some talk, the FDA had considered at one point of capping the claims you can put on the bottle at 50." (Via CBS)

Check out the Consumer Reports website to see how your sunscreen measured up.