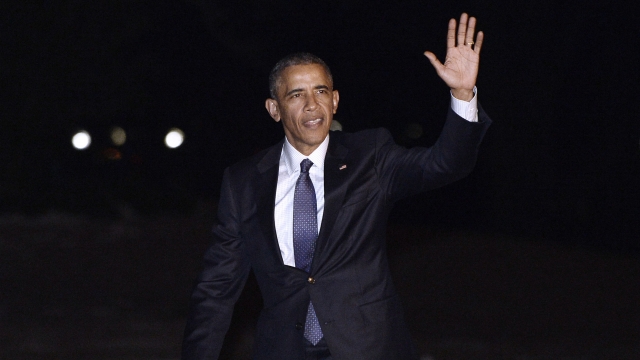 "The first thing I want to say is two words that Muslim Americans don’t hear often enough — and that is, thank you," President Obama said Wednesday.

For the first time during his presidency, President Obama visited an American mosque in Baltimore, focusing on the importance of religious freedom and acceptance in the U.S. and on anti-Muslim rhetoric. (Video via the White House)

"We’re one American family. And when any part of our family starts to feel separate or second class or targeted, it tears at the very fabric of our nation," Obama said.

Obama has criticized the increasing anti-Islamic sentiment in the U.S. before, implicitly calling out certain presidential candidates and recent comments from the 2016 campaign trail. (Video via the White House)

Fear of terrorist attacks on American soil has risen after attacks in San Bernardino, California, and Paris. And according to a study by the Council on American-Islamic Relations, attacks on mosques in 2015 were at the highest point since the group began keeping track in 2009.

CAIR praised the president for visiting the mosque, saying, "With the tremendous rise in anti-Muslim sentiment in our country, we believe that it will send a message of inclusion and mutual respect."

But not everyone is happy. Many criticized Obama for waiting until his last year to make the visit by using the #TooLateObama. Some accused the president of having "anti-Muslim policies" and criticized his use of drone strikes in Muslim-majority countries.