Some Of The Best Value Colleges Are In ... The Ivy League? 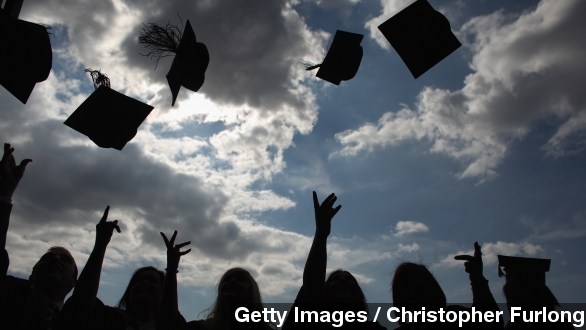 SMS
Some Of The Best Value Colleges Are In ... The Ivy League?
By Cliff Judy
By Cliff Judy
February 6, 2015
Kiplinger released its "Top 10" list of the best colleges for their value, and you'll be surprised by some of the names.
SHOW TRANSCRIPT

So, it already takes a stack of money to go to college, student loan debt is rising and so is tuition in several states around the U.S.

And how much good is that going to do you if your diploma can't get you a job good enough to pay that off someday?

Here's some handy info: Kiplinger released its "Top 10" list of the best colleges for their value, and they're all schools with a net cost of less than $20,000 a year.

No. 1 on the list is a school you might not have heard of — Berea College in Kentucky. Founded by abolitionists in the 1850s, the college only accepts students with demonstrated financial need.

No. 2 is Brigham Young University in Provo, Utah. The average yearly cost to attend BYU is about $13,500 with financial aid.

From there, the list gets kind of weird. All but one of the remaining top 10 schools have a total annual cost of at least $58,000 a year before you account for scholarships.

For instance, Yale at No. 3 carries an average total cost per year of $60,850. The university likely made this list because it's one of the most prestigious Ivy League schools in the country and average financial aid brings the net cost down to about $16,500. (Video via Yale University)

And that's not the only Ivy League school to crack a top 10 list for college value.

Harvard checked in at No. 6 with an average total cost of just less than $60,000, but again, massive financial aid programs drive the net cost down to about $17,600. (Video via Harvard University)

So, there you go! All you have to do to get the best college value out there is get accepted into an Ivy League school and nab those scholarships. Easy, right? For the full list of Kiplinger's top 10, click the link in the text of this story.