Here's Why Some Of Hawaii's Most Beautiful Songbirds Might Go Extinct 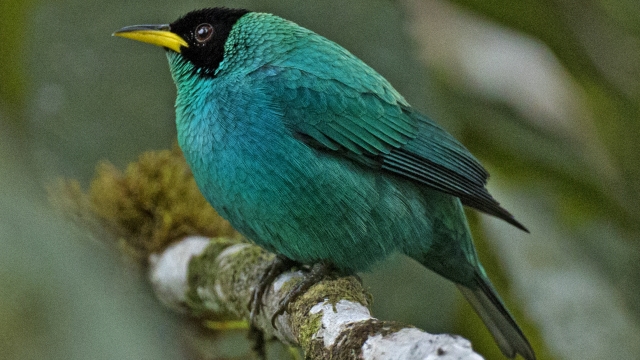 Some of Hawaii's most beautiful songbirds are disappearing.

And, according to a new study, climate change might be to blame.

Researchers focused on eight bird species on the island of Kauai.

Six of these belong to a group of colorful birds called honeycreepers, which have lived on the Hawaiian islands for centuries.

And scientists believe those six species could possibly cease to exist in Hawaii within the next 10 years.

Researchers say that's because rising temperatures have increased the spread of mosquito-borne diseases in areas that were previously cool enough to keep them under control.

And since most of the island's forest birds have evolved in a pretty much disease-free environment, they're more susceptible to avian malaria and other dangerous illnesses.

One of the study's authors told The Verge the study taught them two main things about Kauai's birds:

"One, that the ones we already knew were in trouble were in even worse trouble than we thought. ... And two, species that we thought were doing okay were actually now in trouble. So it was a really worrisome finding."

And losing the birds could be a big problem for Kauai's forest ecosystem. The honeycreepers help pollinate plants, keep bug populations under control and spread seeds.

The study's authors say they are trying to protect the remaining honeycreepers by collecting eggs to safely breed them in captivity.