Some 'Food Insecure' Teens Turning To Dangerous Means To Eat 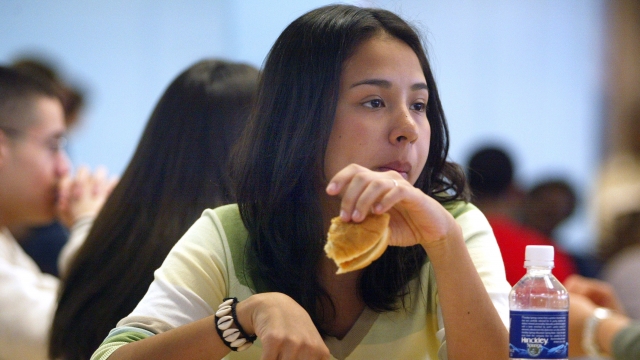 Teenagers in low-income households are turning to illegal and, at times, dangerous means to help ensure they have enough to eat, according to a new study.

When money is tight for families, research has shown that the food budget is one of the first aspects of life at home to be affected. This leads to food insecurity, in which the family struggles to purchase enough affordable, nutritious food for everyone.

Researchers learned that many teens felt the need to go "outside of the legal economy" to make money to feed themselves and their families.

Some shoplifted, while others intentionally failed out of school. And in 13 out of 20 focus groups, girls mentioned trading sex for money.

One student told researchers, "It's really like selling yourself. You'll do whatever you need to do to get money or eat."

This can take the form of "transactional dating," meaning a teen "regularly sees and has sex with someone, often a significantly older man, in exchange for meals, material goods or cash," according to the report.

The study notes that if the teens look for minimum wage jobs, they often struggle to compete with adults who have more flexible work schedules. And many don't benefit from government programs that help younger children.

However, because they are of working age, many parents expect them to chip in more than their younger siblings.

The study went on to cite an expert who said there are 6.8 million children in the U.S. between the ages of 10 and 17 who "struggle to have enough to eat."