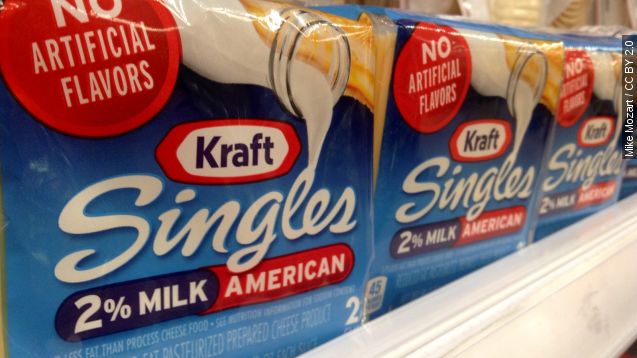 Attention all Kraft cheese fans: About 36,000 cases of cheese slices have been voluntarily recalled by the Kraft Heinz Co.

Thin pieces of the plastic wrapper reportedly get stuck to the cheese slice after it's removed. Three people have reported choking on the packaging. (Video via Kraft Foods)

The recall concerns 3- and 4-pound packages of Kraft Singles American and White American cheese. The expiration dates are between Dec. 29, 2015, and Jan. 4, 2016, and include manufacturing code S54 or S55.

Those two manufacturing codes are important because they signify which production line the packages were made on.

This is Kraft's second voluntary food recall this year.

In March, the company recalled 6.5 million boxes of Kraft Macaroni & Cheese after eight consumers found pieces of metal in the boxes. (Video via Kraft Foods)

If you purchased Kraft Singles that fall under these qualifications, return it to the store where you purchased it for an exchange or full refund.