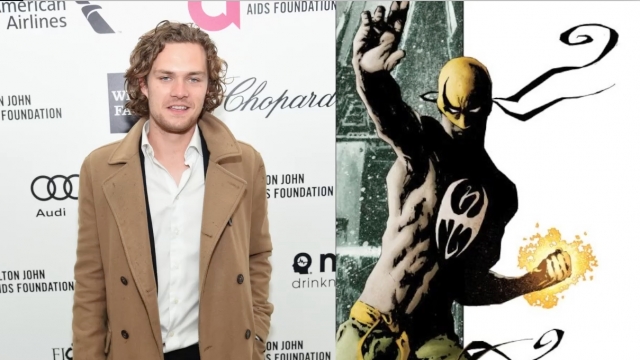 Actor Finn Jones has officially been cast in an upcoming Netflix series as the Marvel superhero Danny Rand, aka Iron Fist.

But now, a lot of fans are crying foul over that choice.

Many think Marvel missed an opportunity to cast an Asian actor in the role, since Rand, though white in the comics, was raised on a mystical island near the Himalayas and was taught martial arts.

Iron Fist comics debuted in 1974, when martial arts movies were seemingly everywhere. And actor Bruce Lee reportedly was inspiration for the character.

Many on Twitter were disappointed. One wrote: "You cast a great actor, but you didn't cast the right actor. It hurts."

Even Marjorie Liu, who's written quite a few Marvel comics, said: "Iron Fist is an orientalist-white-man-yellow-fever narrative. Asian actor would have helped subvert that offensive trope, and reclaim space."

Marvel has gotten some backlash over its casting decisions before — like when Tilda Swinton was cast as The Ancient One in the upcoming "Doctor Strange" film.

While some praised Marvel for the character gender swap, many were bummed that The Ancient One's race — he was born in Tibet — seemingly wasn't considered.

Still, Marvel's pick to play Iron Fist falls largely in line with its casting decisions for the three other superheroes included in the development deal with Netflix.

Meaning the actors and actresses look incredibly similar to their comic book counterparts.

Just like Finn Jones and Iron Fist, white actor Charlie Cox was cast as Matt Murdock, aka Daredevil, who's also a martial artist.

Same with Jessica Jones and Krysten Ritter, as well as Luke Cage and Mike Colter — even Colter's facial hair was trimmed to resemble the man who has superhuman strength and unbreakable skin.

We've still got quite a while until we'll see Finn Jones as Iron Fist on our TV screens since there's no premiere date for the series yet. Netflix and Marvel have yet to comment on the casting decision.

This video includes clips from Warner Bros. / 'Enter the Dragon' and Disney XD / 'Ultimate Spider-Man' and images from Getty Images, Marvel and Netflix.