Some Airlines Don't Think Venezuela Is Worth The Trip 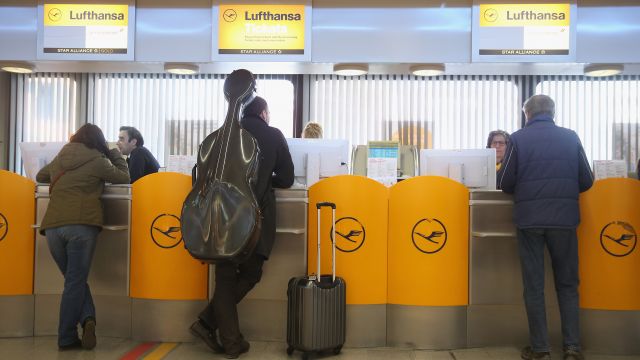 SMS
Some Airlines Don't Think Venezuela Is Worth The Trip
By Katie Link
By Katie Link
May 30, 2016
A drop-off in ticket demand is at least partially to blame.
SHOW TRANSCRIPT

Traveling by air to Venezuela just got trickier for some. Two major airlines announced they're suspending service to the country.

On Monday, the largest Latin American carrier — LATAM Airlines — said it will stop flying to Venezuela’s capital by August.

German airline Lufthansa also plans to suspend its tri-weekly flights to the country. Bloomberg reports a spokesperson with the airline blamed Venezuela’s struggling economy and a "sharp dropoff in ticket demand."

Venezuela’s economy is in trouble — in part due to its dependence on oil. As oil prices have dropped, the country’s economy has tanked.

As a result, electricity is rationed, food is sparse, medical supplies are running out, and a huge percentage of the country’s workers are unemployed.

But as CNN points out, a weak economy isn’t the only reason why airlines are jumping ship. A Lufthansa spokesperson told the outlet the company is "having trouble converting Venezuelan currency."

The converting-currency issue has been around for a while. Several airlines halted service to Venezuela in 2014 after the country’s government said it couldn’t cash in their profits in dollars. It’s not clear when or if LATAM or Lufthansa will resume flights to the country.