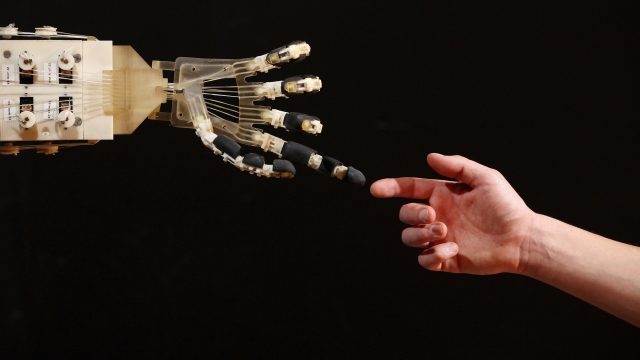 According to a study in the journal Nature, soft robots could even make human interactions with robots safer than with more conventional "rigid" robots.

The autonomous robot is "the first self-contained robot made exclusively of soft, flexible parts."

It's powered by gas. Harvard University explains it this way: "A reaction inside the bot transforms a small amount of liquid fuel (hydrogen peroxide) into a large amount of gas, which flows into the octobot’s arms and inflates them like a balloon."

The octopus was also the inspiration for another soft robot introduced this year. That wiggly robot was modeled after the flexible, color-changing skin of the animals.

And the flexible technology of both of these bots could mean big advances in health care. The soft, untethered technology of the most recent octobot could come in handy during surgeries.