So Where's The Best Place To Live In The US? 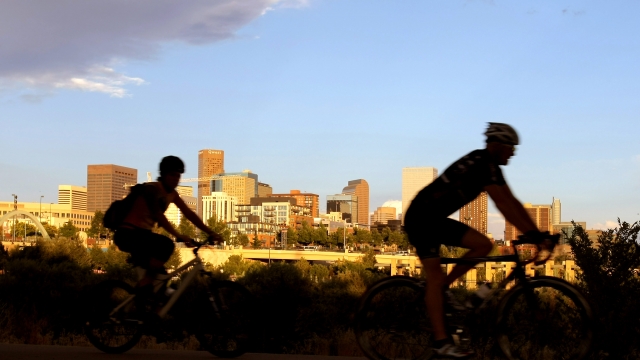 SMS
So Where's The Best Place To Live In The US?
By Samantha Crook
By Samantha Crook
March 2, 2016
Colorado is home to two of the top-ranking cities in U.S. News and World Report's annual list.
SHOW TRANSCRIPT

U.S. News and World Report released its 2016 list of the best places to live, and some of the country's largest cities are missing from the top 10 rankings.

The list ranks the largest 100 metropolitan areas in the country based on a number of factors, including affordability and quality of life.

Two of the top-ranking cities are in Colorado: Denver, which takes the prize at No. 1, and Colorado Springs, which came in fifth.

Two more cities in the top 10 are in California: San Francisco and San Jose.

The list is based on a survey of thousands of people on the desirability of cities, as well as U.S. Census Bureau statistics and Bureau of Labor statistics.

The three largest cities in the country, in terms of population, ranked near the bottom of the list — New York at No. 96, Los Angeles at No. 83 and Chicago at No. 90.

Those three cities had relatively low "value" ratings, which play a big role in a city's ranking. That means average incomes might not have been keeping up with cost of living in those areas.