So That Sony Hack Included 47,000 SSNs And Celebrity Info 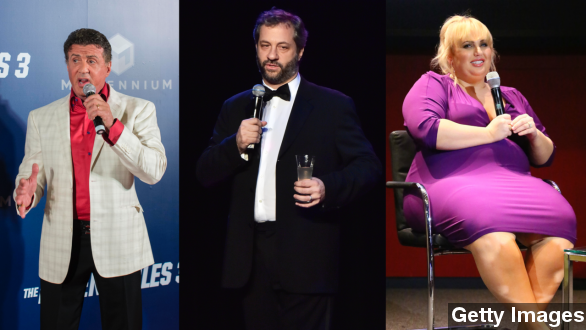 The Sony Pictures hack is thought to be one of the most serious by volume of data stolen already.

Now, there’s evidence that whoever hacked Sony also made off with the social security numbers of thousands of employees — including some of the actors and celebrities who worked with the film studio.

The Wall Street Journal reports the compromised documents included SSNs for Sylvester Stallone, Judd Apatow and Rebel Wilson, among others.

Much of the data was reportedly stored in spreadsheet files without any sort of password protection. Passwords were apparently in a file named “passwords.”

The leading theory among infosec experts is North Korea was behind the breach.

The country isn’t happy with one of Sony’s upcoming movies in particular. "The Interview" tells the story of an assassination attempt on Kim Jong Un.

North Korea has threatened real retaliation over the unfavorable portrayal — retaliation which one analyst suggested to CNN might have started with Sony.

It’s not clear if North Korea — or whoever has Sony’s data now — has any specific interest in celebrity social security numbers. The Wall Street Journal says representatives for those actors affected have declined to comment.