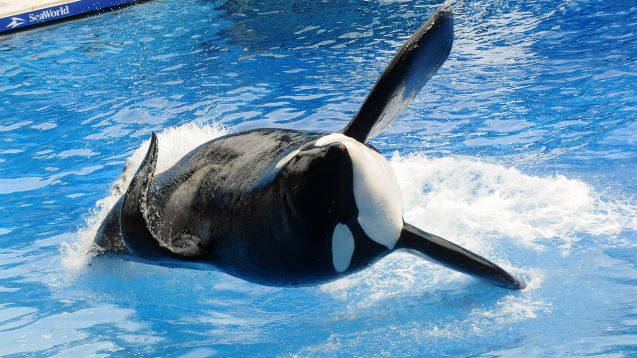 SeaWorld San Diego is saying goodbye to the iconic Shamu show. On Monday, the company's CEO, Joel Manby, announced killer whale shows at the San Diego park will be replaced with a new, "informative" act.

The decision to phase out the Shamu show seems to be all about branding. Manby told investors SeaWorld's new brand is focused on promoting conservation. (Video via SeaWorld Parks & Entertainment)

Manby said, "Now, we've been doing a lot of this quietly ourselves, but we're making it a part of our brand going forward."

SeaWorld's "old" brand has certainly been tarnished in recent years. Back in 2013, the documentary "Blackfish" illustrated how captivity can turn orca whales violent. (Video via Magnolia Pictures & Magnet Releasing)

And on Friday, a California congressman introduced a bill to ban the breeding, capture and import of orca whales for public display. (Video via KCBS)

Monday's announcement didn't provide too many details about the format of the new orca attraction at the San Diego park, but we do know it'll debut in 2017. According to USA Today, the killer whale shows will continue at SeaWorld's other parks in Orlando, Florida, and San Antonio, Texas.