So, E-Cigs Might Be Way Less Harmful Than Actual Cigarettes 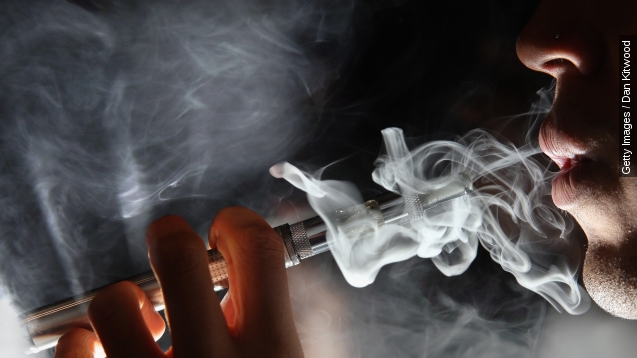 SMS
So, E-Cigs Might Be Way Less Harmful Than Actual Cigarettes
By Ryan Biek
By Ryan Biek
August 19, 2015
A study says electronic cigarettes are less harmful than regular cigarettes and advocates promotion of e-cigarettes as a way to help people quit.
SHOW TRANSCRIPT

"Cigarette" is becoming less and less of an all-inclusive term.

Public Health England recently published a review that found electronic cigarettes to be 95 percent less harmful than conventional cigarettes. Most chemicals that cause smoking-related diseases are not found in the electronic version.

The number of people who believe e-cigarettes are just as dangerous or more dangerous than regular cigarettes has jumped 14 percent since 2013, however. (Video via CNN)

A director at Public Health England said this misperception "may be keeping millions of smokers from quitting." He suggested that "local stop smoking services should look to support e-cigarette users in their journey to quitting completely."

Debates over e-cigarettes' appeal to youths has caused some controversy. (Video via WOOD)

But a Centers for Disease Control and Prevention study published earlier this year found e-cigarettes have become the most-used "tobacco product" among high schoolers, and almost half of all middle and high school students who smoked one type of tobacco product used multiple types.

Critics worry that steps to increase e-cigarettes' popularity with adults will translate to an increase in use among children. (Video via YouTube / Volcanoecigs)

Both e-cigarettes and regular cigarettes can contain nicotine. Fears about a younger group starting that addiction may hold back measures helping older generations to quit.