So, 3 Drunk Women Walk Onto A School Bus Full Of Kids ... 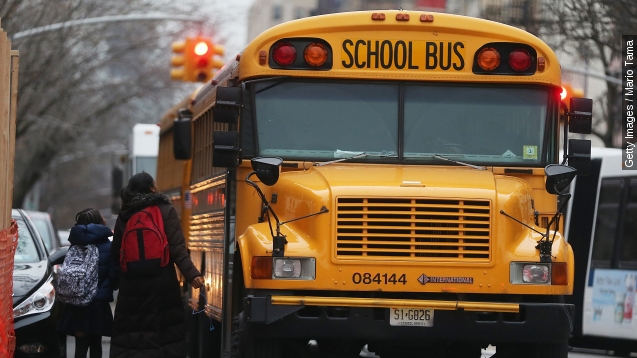 SMS
So, 3 Drunk Women Walk Onto A School Bus Full Of Kids ...
By Christine Slusser
By Christine Slusser
September 3, 2015
One of the three drunk women sat down and talked to a middle-schooler on the bus. Somehow, the bus driver didn't notice until the end of the ride.
SHOW TRANSCRIPT

So, three drunk women walk onto a school bus in San Antonio. But there's no punchline because really this happened.

"Clearly, the bus driver wasn't paying attention to who was walking down the row of seats," district spokesperson Aubrey Chancellor said.

"How do three grown, drunk women get on the bus? Why?" parent Vicki Holden asked.

When boarding, two of the women went to the back, but this one surprises us. One of the women sat down next to a middle-schooler and started talking to him. For parents, that would clearly be terrifying. (Video via KABB)

What's the quickest way to get fired? Let three drunk women — who, as far as we know, have no connection to the school — walk onto a bus full of kids. That was the bus driver's fate, at least.

And the trio almost got away with it. It wasn't until the third woman, the one who sat by the middle-schooler, tried to exit that the bus driver realized something was up and asked for her ID.

All three are banned from the school's campus. One woman faces an assault charge after grabbing a student's arm, and another was cited for having alcohol on school property.