Snubbed Video Games That Should've Made The Hall Of Fame 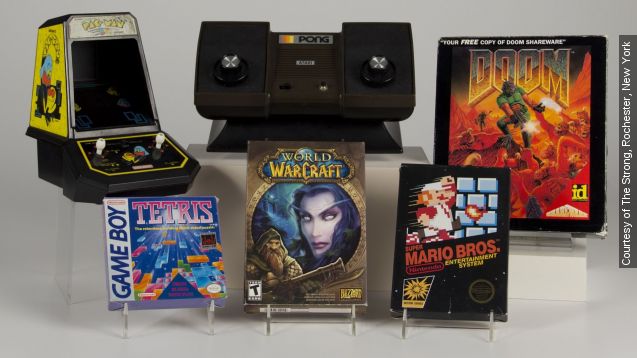 SMS
Snubbed Video Games That Should've Made The Hall Of Fame
By Leah Becerra
By Leah Becerra
June 4, 2015
The Strong National Museum of Play inducted six games into the World Video Game Hall of Fame, but there were plenty of classics that were left out.
SHOW TRANSCRIPT

And then there were six.

The Strong National Museum of Play inducted the first group of video games into the museum’s World Video Game Hall of Fame. Those games were:

In its blog, the museum said, "All of these games stand out because in addition to being great games, they have transcended the world of gaming to impact our wider culture."

What this really means is "The Legend of Zelda" didn’t make the cut.

"The Legend of Zelda" wasn’t the only arguably legendary game to not make the list of final inductees.

Polygon created an informal poll that ranked the top six most popular of all 15 finalists: "Super Mario Bros.," "The Legend of Zelda," "World of Warcraft," "Doom," "Pokemon" and "Tetris."

But Polygon's poll results left off the classic, "Pong."

"I thought it was fun," said the Angry Video Game Nerd.

If we had to do this list over, "Tetris" would be out, Zelda would be in. Don't take it personally, Russia.

"Doom" can stay. It made the first-person shooter genre mainstream for the first time and opened up the doors for games like "GoldenEye 007" and "Halo."

"Pong," "Super Mario Bros." — which is a no-brainer — "Pac-Man," and "World of Warcraft" all have fantastic cases for being in the inaugural class as well.

This is just our opinion. Tweet at me or @NewsyVideos to get in on the conversation. Which games do you think most deserved to be in the hall of fame? You never know, our picks could always be added when the museum inducts more games next year.

This video includes music by Broke for Free / CC BY NC 3.0.