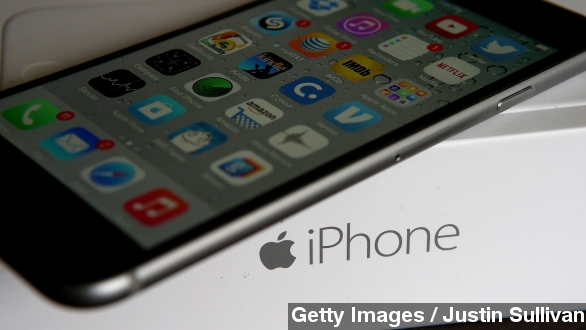 SMS
Snowden Report: CIA Tried Hacking Apple Devices For Years
By Evan Thomas
By Evan Thomas
March 11, 2015
It’s not clear if the CIA was ever able to breach Apple’s device encryption, despite years of efforts and multiple tools.
SHOW TRANSCRIPT

The CIA has spent years trying to break the security of Apple devices.

A report in The Intercept Tuesday, which cites documents from Edward Snowden, details an annual conference called Jamboree, where intelligence researchers shared ways to get into Apple’s walled garden, and get data out.

These included a customized version of Apple’s Xcode development software, which the report indicates could be used to insert backdoors or extract encryption keys from other applications, or force them to send data to a third-party server.

Another tool could install keyloggers through update tools for Apple’s desktop OS. (Video via CNET)

It’s not clear from the report how the CIA would get developers to use the “poisoned” versions of these tools, or if it was ever successful in breaking into an Apple device.

But this is some of the most significant evidence yet to show Intelligence officials are worried about trends toward default encryption.

“Only the user knows the security code. Apple and Google say they can't break that code. Neither can police, even with a court order,” CBS’ Bob Orr said.

“Those charged with protecting our people aren’t always able to access the evidence we need to prosecute crime and prevent terrorism even with lawful authority,” Comey said at a Brookings Institution conference last year.

The other side to that coin: by trying to address the issue with their own backdoor tools, intelligence agencies alienate Silicon Valley. This latest development is only expected to increase that tension.

Apple didn’t comment on this story specifically, but it might not need to. As news of backdoor surveillance broke, Tim cook wrote a standing letter detailing Apple's security policies:

“I want to be absolutely clear that we have never worked with any government agency from any country to create a backdoor in any of our products or services.”