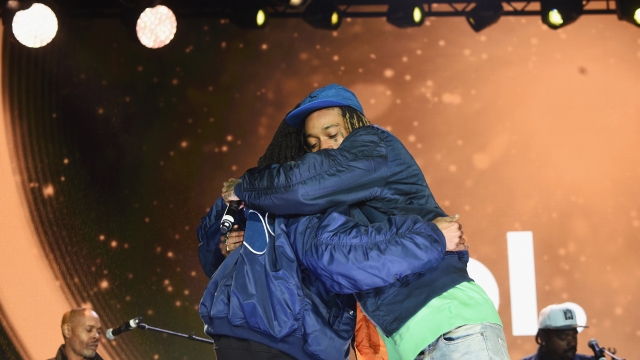 A railing collapse at a Snoop Dogg and Wiz Khalifa concert in New Jersey has gotten the artists in some legal trouble.

SEE MORE: Wiz Khalifa Has Had An Eventful 2016 — And It's Just Getting Started

Fourteen concert attendees and three workers are suing the artists and the venue operator. The plaintiffs' legal team said the rappers encouraged people to come closer to the railing on the edge of a 6-foot drop off.

One of the plaintiff's attorneys told the press, "Pure luck ... is the only reason nobody died in that terrifying incident."

The firm representing the 17 plaintiffs says one of the people injured was a security worker who was crushed by the railing and crowd. The man needed a major surgery to address a fractured spine and will need "continuing medical attention."

More than 40 people were injured, some suffering broken bones and concussions.

The venue operator will reportedly work with structural engineers to figure out what went wrong.