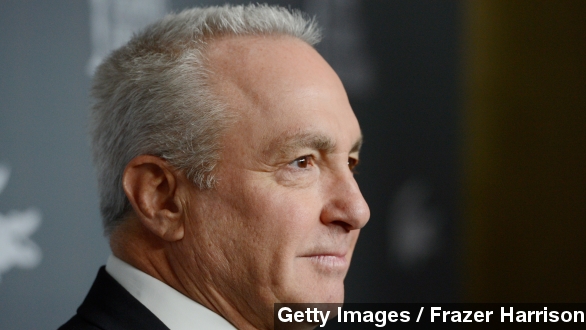 The ones that got away.

Actually, the ones he let get away.

"Saturday Night Live"'s longtime producer, Lorne Michaels, is opening up about the people he regrets passing on casting.

And he told The Hollywood Reporter those are the names he kicks himself over now. Easy to see why ... like ... we don't have to name anything. I mean, you know those people. They didn't have problems with making names for themselves.

So, why say no? Various reasons — Michaels said he wasn't at Carrey's audition, but a colleague said he wouldn't like Carrey. And because it's an ensemble, "SNL" is also about casting for what it needs. Michaels says Kudrow's audition was "brilliant," but he already had strong women in the cast at the time.

There are other infamous misses when it comes to "SNL," too. Splitsider reports people like Louis C.K., John Goodman — even another "Friends" alum, Jennifer Aniston — were all either rejected by or said no to the show.

"Did Lorne Michaels offer that to you?"

"Yeah. I had this show 'Friends' coming up."

"They thought I was making a huge mistake." (Video via 'The Oprah Winfrey Show')

No hard feelings, though. Many went on to host the show.

And of course, Michaels has made some great choices, too: Adam Sandler, Jimmy Fallon, Amy Poehler. Again, you've heard of them.

You can get more of Michaels' insights on "SNL" in The Hollywood Reporter.

And the show's 40th anniversary special airs Feb. 15. Tons of famous faces will be there, including Fey, Eddie Murphy and more.