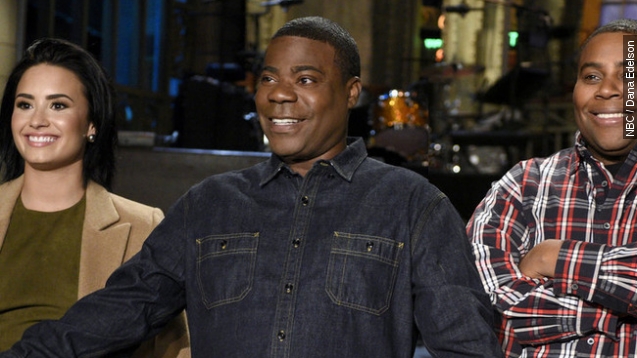 With Tracy Morgan as host and Larry David as Bernie Sanders, 'SNL' 41's third episode was in great hands.

"I don't have a Super PAC. I don't even have a backpack," said Larry David as he played Democratic presidential candidate Bernie Sanders.

Tracy Morgan made a triumphant return to the "Saturday Night Live" stage, more than a year after the former cast member suffered serious injuries from a bus accident.

And, of course, Morgan brought back some of the classics with the help of a camel:

Demi Lovato was the show's musical guest, performing "Stone Cold" and a mashup of "Cool for the Summer" and "Confident."

And "SNL" returns Nov. 7 with GOP presidential candidate Donald Trump will host just months after NBC disassociated itself from him.

Things should be interesting.